I offer drawing, and photography competitions on my website

Please ignore my other instagram links from my other posts

Hello we offer our services to the public by promoting productivity, and creativity. We are looking for Creative bloggers, Artist (Painting, Graffiti, Drawing, Graphic Design, etc) Photographers, Poets, Music, Models, and even clothing lines. Our goal is to promote your work on our website so you can get noticed, work with others, and even find a job. If someone is interested in working with you they can email us, or contact you directly “WITH NO CATCH”.

We will also be hosting online competitions amongst these categories, giving you a chance to make some money for doing what you love. 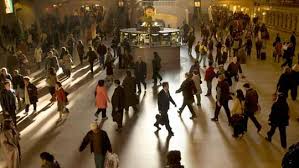 Have you ever looked at a stranger, and wonder what their name is, what have they been through, are they rich? So many questions to ask one individual. Their are so many people on this planet and we see so many people through out one month.

Sometimes when i’m in the freeway I look at all of the cars, and the people in them. I wonder where their going, why is this woman/man
smiling, or why do they look upset. I can have something in common with alot of them. One them can offer me a amazing job, or show me a different way to look at life.

This is just something that I have always thought about. Probably why i’m such a outgoing person, but I still feel like i’m trapped in a box at times. Different from others, so I think of things like this for some weird reason. Think that’s why I started blogging, to post creative things I would love to share with others, and to talk about crazy things like this lol.

First time graphic designing one of my hand drawn images. Please tell me what you think, and if you have any tips on what I can do differently please share.

This post is really about to come from my heart. I am about to say a lot of things that I feel like I should have said in the past,and even the present. The hardest thing I ever had to accept is that Life goes on no matter what. It doesn’t matter if were going through a break up, sickness, or just in a point in our lives when were just feeling really depressed. TIME WAITS FOR NO ONE. I don’t know about the rest of you, but when I realized this it really f*cked me up. I am a individual that has been through a lot, and it really seems like after I get done with one problem another comes up, but this is only part of what I have to say. Today at 4:00 am Los Angeles time I would love to share a short story with you guys, just to show you that your not in this alone. We all are going through something.

I was never a fan of school, when I was in high school my dad sent me to live with my mom in the hood ( Hawthorne Ca). I was raised around a good environment so I really was not use to the streets. I was introduced to the Gangs, Drugs, and a lot more. I went through a lot of trials and tribulations. I ended up meeting a very cool dude, he became my brother. Both of us were not the richest kids in town but we had each others backs, we made sure we were good. Our families were not supportive at all, so we did a lot of negativity to make money. We did a lot of negativity just so we would be able to eat. It was a lot of hard times. My family is from a dominant African American Gang, and my best friend was Hispanic. He had so much love for me that he joined my families gang, and I truly believe that he loves it more then I do. I hanged with my brother every day for 3 years, and we were both keeping each other motivated. We both wanted something in life, something better then what we had. One day his grandpa ended up getting really sick and he had to leave the city, and he moved to Compton. It was hard being away from him, but we both learned how to be independent.

By this time we were both out of high school. Life was tough, it was really tough. I didn’t know how to trust anyone, felt like I didn’t have any true friend around me anymore. I hung out with a lot of people but he was usually always there, so it made things kind of different for me. I couldn’t keep a job, and I really couldn’t find a job at all, while he was in Compton he was going through the same thing. Several months later, probably even a year he ended up working at Mcdonalds and he got a car not the greatest job huh, but it was a step closer to happiness. I started seeing him more often and it seemed like we were getting back on our feet again. There was something about him though, just something. He use to ask me weird questions, or tell me weird things like he needed a gun. I would ask him why, because if he was getting into it with someone I would have helped him with his problem of course, but he would never give me a straight answer.

One day we went to my own high school, and talked to some of the teachers. They use to always tell us that we needed to stop hanging out with each other. One teacher told us when you guys stop hanging out that’s when you guys will make it some where in life. On our way back to my house we ended up getting into a car accident, and his mom told him that everything will be ok she was going to pay for everything the next day. When he dropped me off home he had a look in his eye, a look that I will never forget. I asked him if he wanted to step outside and smoke a cig with me and he said no. Deep down inside I knew there was something wrong……

The next day I woke up to a lot of missed calls from his family, and random numbers. I checked my voicemails and it was him telling me that he loved me and stuff, but that was normal for us. I tried to call him back, and it was like his phone didn’t exist. I sat there looking at my phone trying to figure out what was going on………… Then my phone rang… it was his girlfriend…

Should I b afraid of being myself?
neglecting trends.
I would rather be different from everyone else

Violence and other negativity does not provide a honest way of living
I’ve cleaned my act up, not for you but for me
Started to pursue positive, and productive activity

The Company you keep will soon define who you are
Misery truly does love company…….. Where it lays STAY A FAR

Should I be afraid of being myself?
Making a change because I have found a path away from everyone else?

Wise decisions are not something to fear
Humans are meant to grow
and When we stop growing we soon rot, and disappear

SHOULD I BE AFRAID TO BE MYSELF?

Color me no different from any other
But color me African American I walk around head up
Facen, Chasen
Dreams Through the path I’ve learned many things

People, life
Cause and effect
CoMplicaTions in many situations
Solutions directed towards a will of elevation

For you and I, to leave the past at where it lay
Shake hands to acceptance as equals with nothing arrogant to say
Blessing in a way
People within the world, the present
Today is a new day 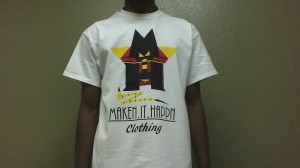